Method Schools
Browse by topic
Subscribe to our news 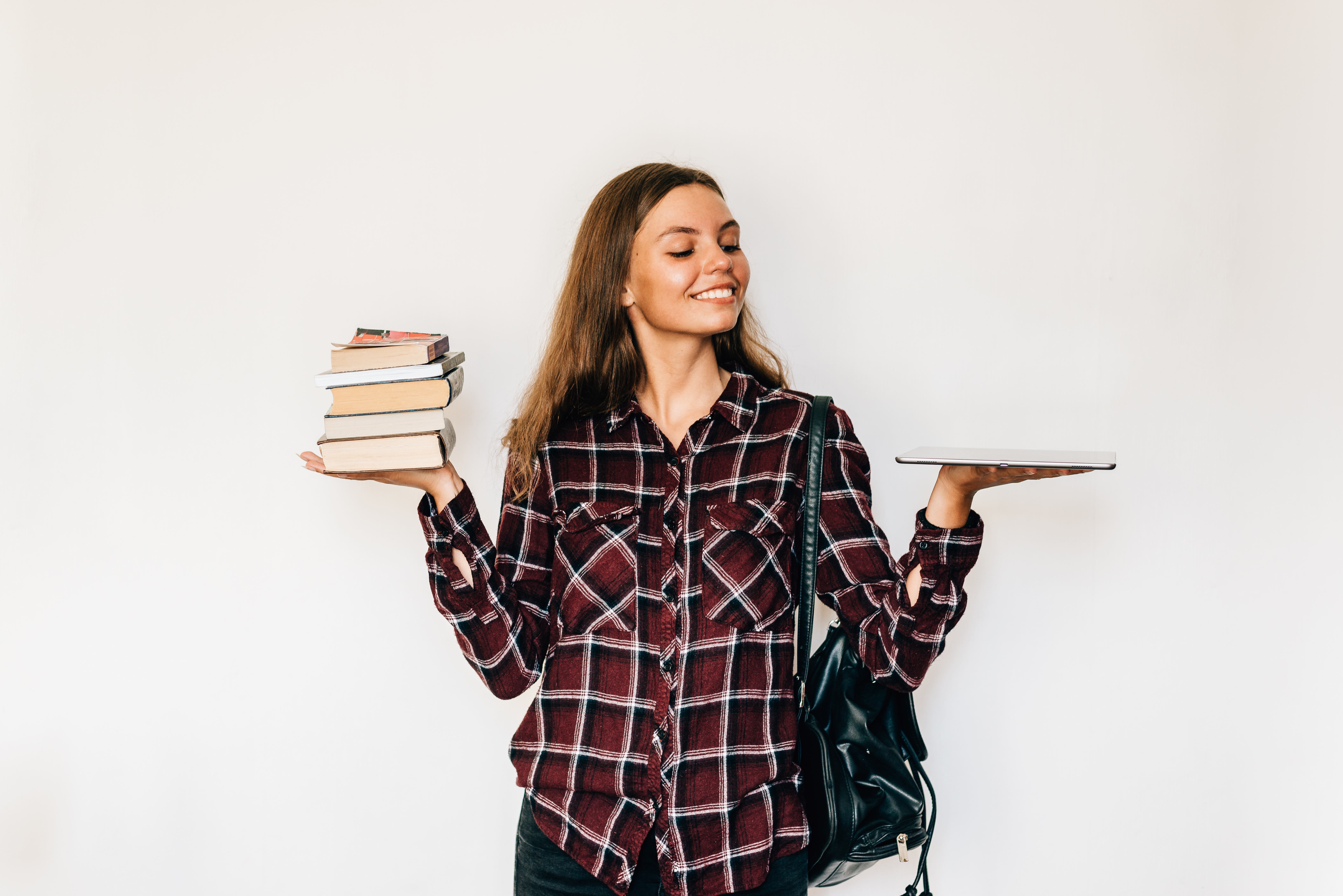 on May 4, 2022 | By Amy Pinter
Curriculum, according to the Merriam-Webster dictionary, is “a course of study.”  Broadly defined it leaves much to our own interpretation. With many platforms and approaches it can become overwhelming to determine if there is a “best” curriculum for your child.  We want to ensure our children are learning and not just passing through a grade, because ultimately the skills they master now will carry over into their adult lives.  How does curriculum come into play with learning and mastery?  We often hear the word mastery of content, which as educators is our priority using data and engagement for student learning.
END_OF_DOCUMENT_TOKEN_TO_BE_REPLACED 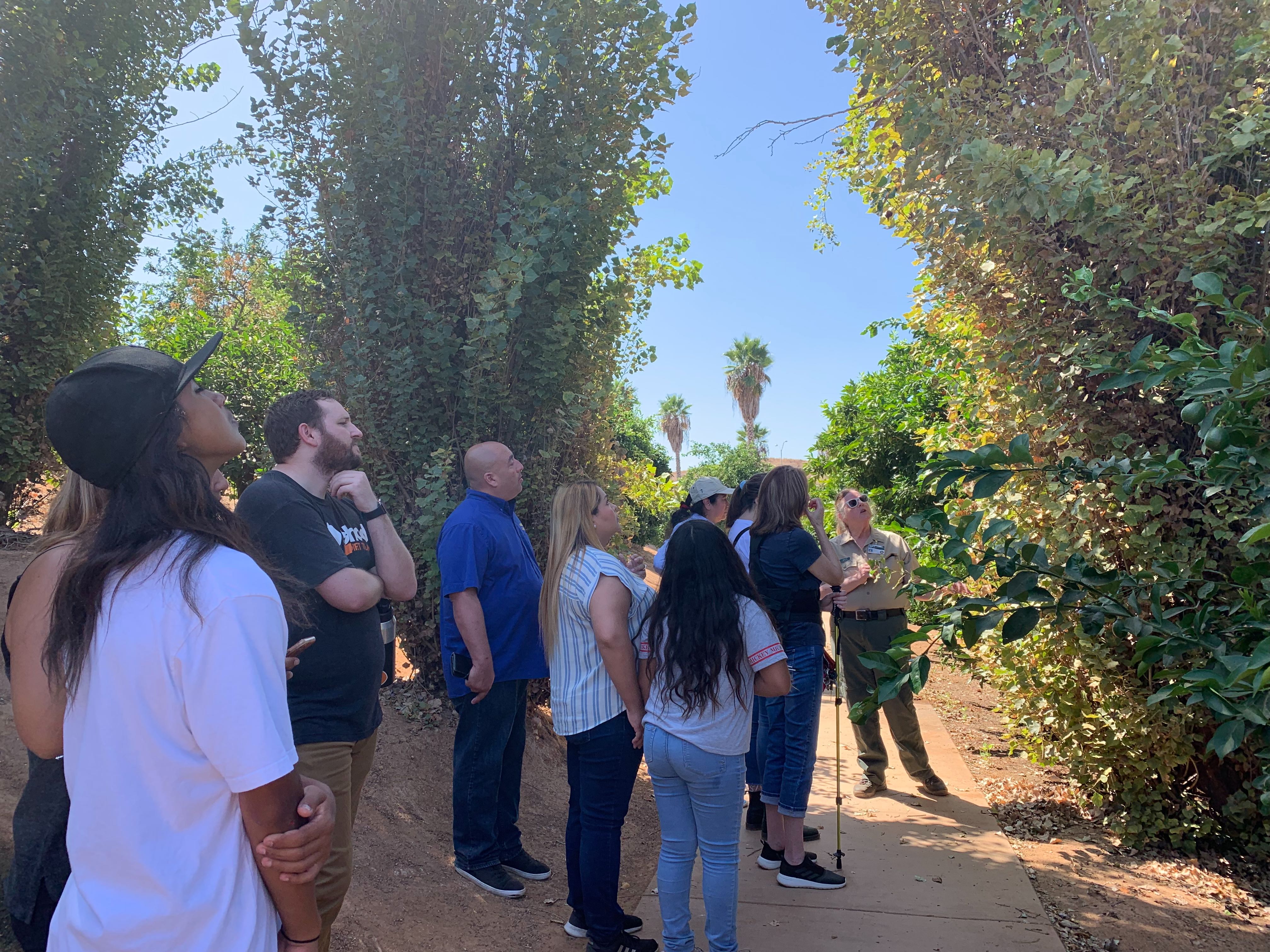 Disillusioned Parent and a Cube of Sugar

on May 5, 2020 | By Amy Pinter
Dear Disillusioned Parent,
END_OF_DOCUMENT_TOKEN_TO_BE_REPLACED 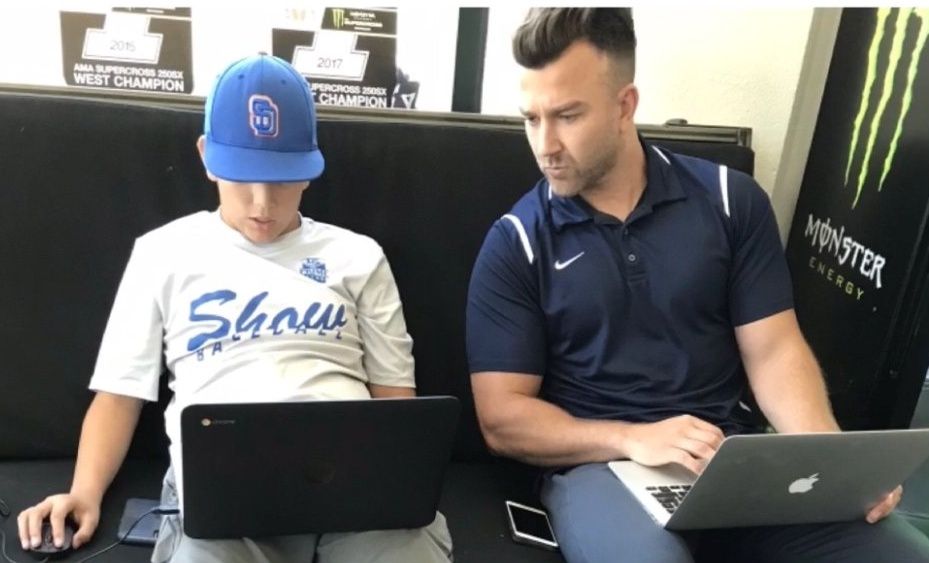 3 Tips to Communicate With Teachers

on April 17, 2020 | By Amy Pinter
Channeling your frustrations into effective communication gets results.  We no longer can head to school and meet with a teacher. Instead, we are digitally communicating and sometimes not as effective as we might wish. Check out three tips to help communicate positively with your child’s teachers.
END_OF_DOCUMENT_TOKEN_TO_BE_REPLACED

How to Help Your Student in an Online Environment

on April 13, 2020 | By Amy Pinter
Remote learning, distance learning, homeschool, and independent learning are all words that convey distance and independent learning is defined as not depending on another.  However, that is far from the goal and experience of Method Schools students and teachers. Here we share tips and advice from experienced teachers about navigating remote learning outside of the cookie-cutter traditional classroom. Throughout the week we will hear from Mr. Bentley, a High School counselor and teacher on motivating and goal setting for that mysterious high school student. Click here for advice on online high school students. Ms. Godshaw works exclusively with supporting families with students needing intervention and how best to provide that in an online environment. Ms. Sosnowski, former teacher and our curriculum director. She shares how to get the most from your child’s curriculum. Ms. Pinter, an elementary teacher and program coordinator, talks about technology skills in an online learning environment and how best to communicate with teachers.
END_OF_DOCUMENT_TOKEN_TO_BE_REPLACED

on March 7, 2019 | By Amy Pinter
5 Tips for Test Anxiety Their scores do not define them. Remind your student that their scores do not define them as a student or person. The root of anxiety is often less about the test and more about the identity associated with failing.  Somehow the act of failing even a test has evolved into a personality identity. Remind your child that success comes from their willingness to try again and again. After all, Elvis Presley was told he couldn’t sing and yet he went on to become an iconic singer.  Michael Jordan has pointed out that he “on 26 occasions was entrusted to take the game winning shot and I missed.” Yet, those
END_OF_DOCUMENT_TOKEN_TO_BE_REPLACED 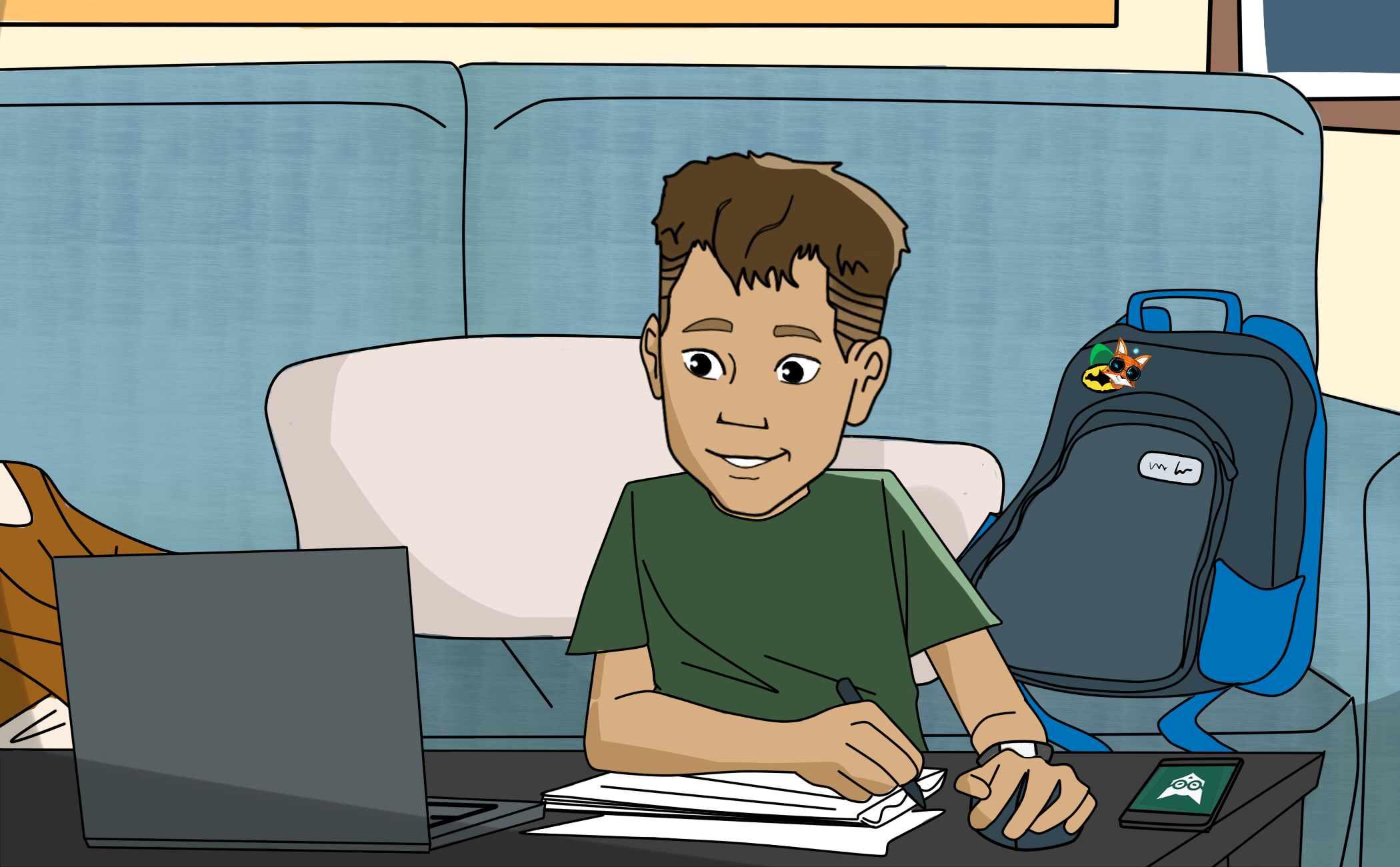 on March 4, 2019 | By Amy Pinter
Test Anxiety, is it real or is it just a part of being a student?
END_OF_DOCUMENT_TOKEN_TO_BE_REPLACED 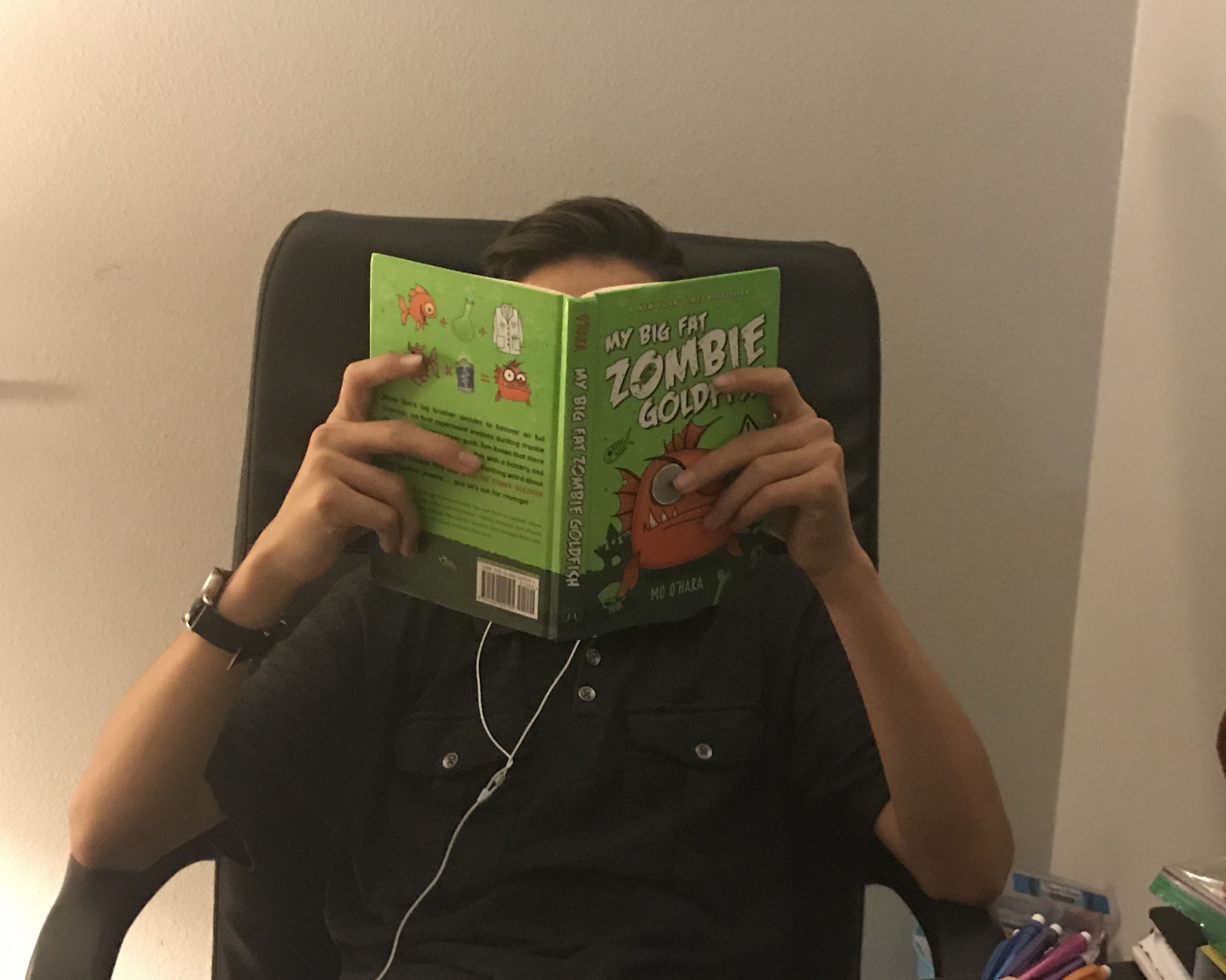 10 Tips to Get Kids Reading

on February 1, 2019 | By Amy Pinter
10 tips to get kids reading 1. Anything Goes Kids have to read in school. They get told what books, stories, lessons, and text to read and analyze all day long. It is no wonder that they have forgotten the wonderful mysterious worlds that lie between the pages of a book that is non-school related.  Let them choose the book, or magazine, comic book, and even graphic novels. Reading is reading!
END_OF_DOCUMENT_TOKEN_TO_BE_REPLACED 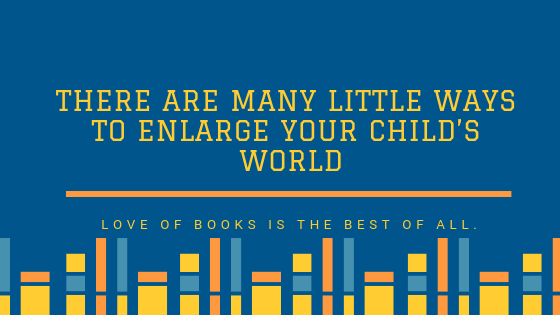 Why We Need Reading? 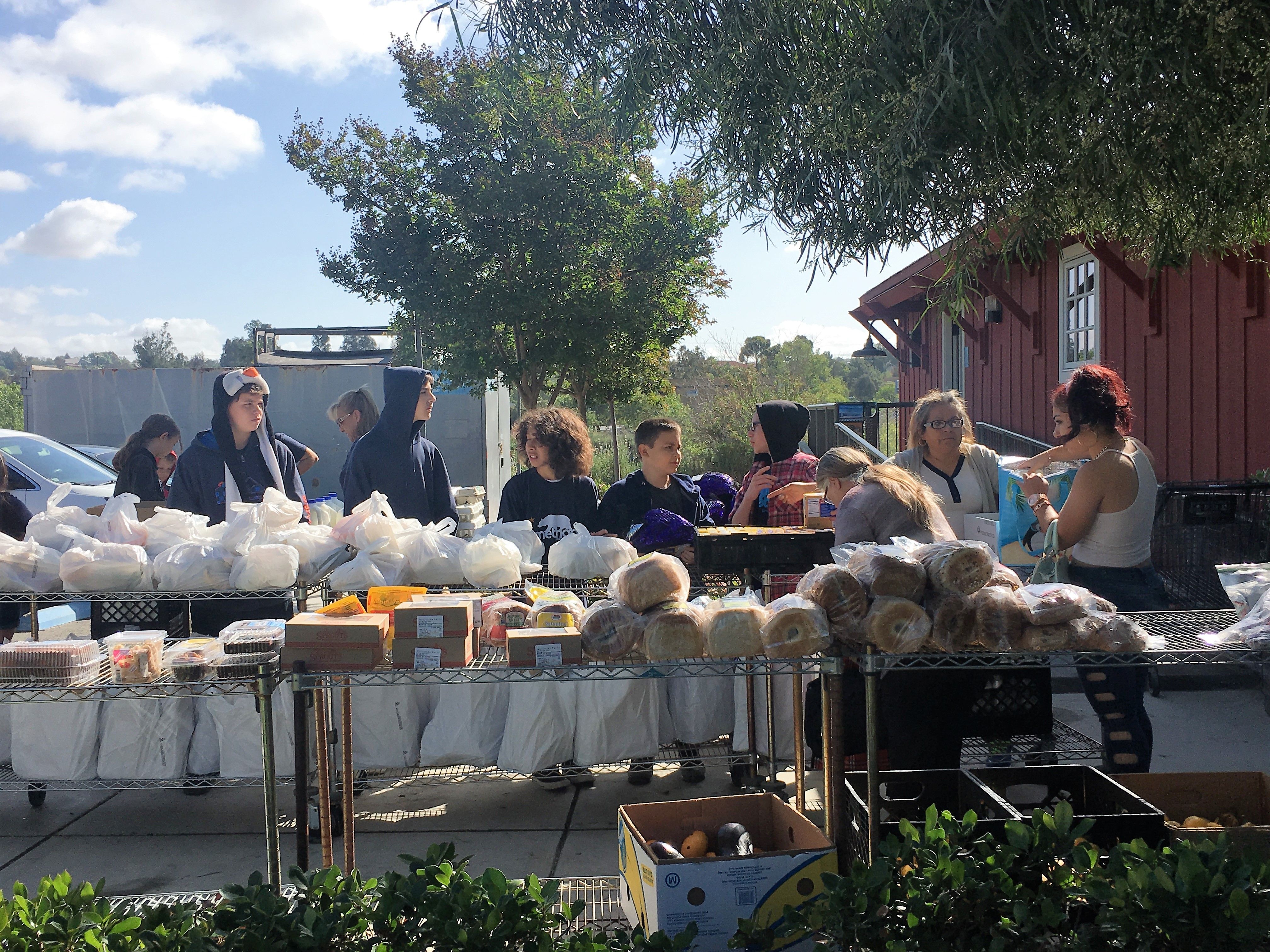 The Act of Giving

on November 9, 2018 | By Amy Pinter
The Act of Giving Last week while driving in the car, my husband and I were discussing the need for our teenagers to volunteer and specifically our high school student for college applications. As we discussed ways for both of them to engage in their community and put forth some commitment, I realized that it felt like a chore. A chore for them and us as we tried to get them committed and active in the task. Somewhere along the line, I realized we had failed them because community service had become a “job” and not a way of life. When they were younger, our kids actively volunteered in their community through school activities and our church. They grew excited to take a name off the Angel Tree at church and pick a gift for a child at the local orphanage. They spent Christmas mornings to drive to the base and serve steak and eggs breakfasts to on-duty service members. They helped make cookies for the USO cookie drive and talked about the senior home and reading to the elderly. Where did those giving children of mine go? Why was this such a chore? Thinking back it made me realize that all the activities my children had engaged in involved their interaction with those who “benefited” from their “doing.” but who had benefited from their “service”? The act of generosity makes a person happy, in turn, it makes you happy, releasing a chemical in the brain called Oxytocin. My children had received a big dose of Oxytocin each time they engaged in activities that made them interact and see the result of their giving actions. We often feel like we have done our part by collecting food for the local pantry and donating clothing to the homeless. All of those endeavors are important and impactful but not as meaningful to children who need to experience the benefit of their efforts. When our children took a name off the angel tree and helped pick the gift; that wasn’t the end of the giving. They gathered at the community room and celebrated the Christmas with those children and got to see the joy as that child received their gift. They heard the “thank you” and saw the smile on the servicemembers face when they served them breakfast; soon after we took them to a soup kitchen in downtown San Diego. With trepidation and two sulky boys, we spent the day serving meals to homeless families. By the end of the day, our boys were talking about the people, asking questions about what more can we do, and sharing about different individuals they’d met. During those early years, our children saw beyond the lense of self and saw “the act of giving” as less than a chore and more as a rewarding interaction between people; not a job. We did these things together as a family, and we watched our kids pay it forward in their willingness to do for others, and they gained more than they gave. When we as parents stopped living it at home and in our community we failed our boys because compassion begins at home and is more than a moment but an everyday way of life. Engagement in community service becomes difficult as our children grow because it brings to mind “work"; however, community service is so much more than work and begins at home and carries over into school. Showing our children by modeling it every day in the way we open the door for the elderly or greeting people with a smile. We should encourage our children to help and not pass judgment on others different minded than ourselves. In that way, we teach our children to show compassion, understanding, and empathy; thus opening the door to doing more beyond the doors of our homes and into the community in which they live. Remember that community service starts at home and grows into the world beyond as our children become and move forward. It doesn’t begin when we make them volunteer at a shelter or collect for the less fortunate. They will continue to see through the lens of self and not through the eyes of others until they learn compassion.
END_OF_DOCUMENT_TOKEN_TO_BE_REPLACED 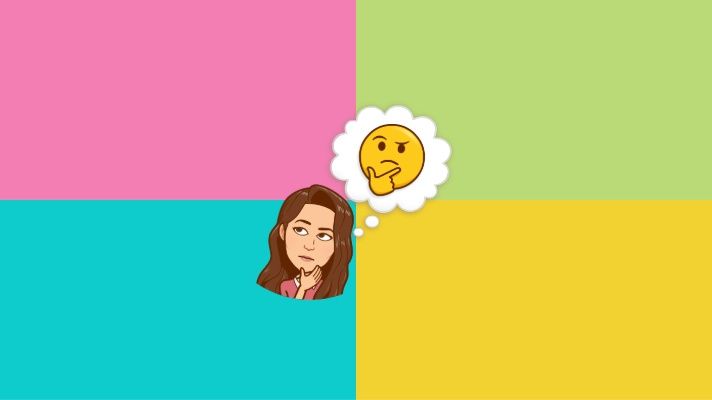 5 Steps to Selecting a School for Your Child

on October 17, 2018 | By Amy Pinter
5 Steps to Selecting a School for Your Child Google “How to Find a Good School for Your Child” Look through the long list including the snippet telling you how to Google “4 steps to Selecting a School for Your Child.” Rub temples; headache is fast approaching Check Great Schools and get “GreatSchools: School ratings and Reviews” Try again after taking something for the fast approaching headache  There is nothing simple about selecting a school for your child.  Normally, we are not given a choice which school our child will attend.  We went to the school that was closest to our home and our friends attended the same school and each year we crossed our fingers and hoped our BFF was in the same class and our nemesis was not.
END_OF_DOCUMENT_TOKEN_TO_BE_REPLACED