Now that some of the dust has settled on the worst California legislative session imaginable for school choice proponents, maybe it's time to talk actual solutions rather than bills that put politics first and hurt students by eliminating options and educational freedom.

I spent 14 years at a school district, mainly in a business capacity. I started in the district warehouse, graduated from college, and moved up into the finance department. Graduated again, moved up to a better position in the finance department. My educational background is actually in marketing, and during this time I moonlighted as a marketing consultant for mostly education clients but also a pizza restaurant, where, yes, I was paid in free pizza and the best board room imaginable to meet with clients at night and sometimes on weekends. Best client ever, by the way. Thanks always to my buddy from Boston Nicola DellaCioppa!

Eventually I left the district because I was tired and needed new challenges. If I stayed there, got old enough, and remained in line, I could eventually become a director. Even though this district was considered one of the best - and it really was forward-thinking - eventually I was done with it, and it just wasn't for me anymore. But I'll always cherish my time there, what I learned, and the relationships I built. They were, and are, doing great work for students.

After I left, I came to the charter school world. I wanted to use my school marketing and finance experience to start and grow tech-savvy, market-driven charter schools.  I loved the idea of having to earn students in order to stay in business (still do, frankly). And I still love the entrepreneurial spirit and reliance on marketing and customer experience in order to survive. I believe the free market environment makes for better products and moves education forward. Obviously, not without some glitches, just like any other industry.

Limiting school choice options through legislation and litigation is a terrible idea for other reasons. It's not only a very discriminatory practice, but it brings innovation to a grinding halt. Incumbents have to be challenged. If they aren't, there's no motivation to improve. Did you ever imagine you'd book a trip online, check in for the flight on your phone, take an Uber (a Tesla maybe?) to the airport, listen to Spotify on your way there, grab an Uber again and go to your Airbnb? This change, and most would say progress, is due to the innovation of new entrants into these markets. In many cases challenging the incumbents to improve their own products and practices. But without these new entrants - innovators, upstarts, whatever... - incumbents will not change. There is no motivation to do anything except protect the status quo.

I've been in the charter space for 7 years now and I've seen some things for sure. Good, bad, and, often lately, ugly. My district and charter experience has put me in a unique position to understand both sides of school choice. I get the issues faced by the districts, and I certainly get what it's like to be constantly targeted as a charter school. After 20+ years in K-12 education, I'm completely convinced public schools in most states aren't underfunded. The issue is simply a misallocation of resources. Innovation helps solve for that. In many states, schools are probably overfunded when you account for the tepid marginal increase in academic performance per school funding dollar.

With all of this in mind, there's a need and a place for both traditional schools and charter schools everywhere, and especially in California, where we're faced with slowing population growth due to negative net migration of both residents and jobs, inflation outpacing salary growth, high taxes, and an outsized impact of climate change, among other challenges.

Now, more than ever, we need freedom to innovate in public education. Our children should all enjoy equal opportunity. As operators, we need flexibility to create way more blank canvas opportunities for our students. If we don't have that, slowing population growth will devolve into actual population decline, jobs will decrease, and our brightest minds will leave for states better positioned for the economy of the future. It's already starting to happen.

I think about the K-12 marketplace constantly, and for the past couple of years, I've been preoccupied with the district-charter turf wars in California. I have ideas - all the time - and many are probably either impossible to implement or just not very good ideas. But there are two ideas that won't go away...can't get them out of my head. Enough identifying the problems...onto solutions.

First off, before I dive into this idea, I think we need to accept that online school isn't going away. Parents everywhere are realizing that online learning programs are getting better, and in many cases their jobs are getting more flexible with remote work and enhanced focus on outcomes rather than desk time. This means more and more parents are able to work from home, which has a major effect on the future of K-12 education. There isn't a better way to customize learning than good online curriculum paired with a great teacher.

With that in mind, my first idea is to allow school districts to run independent study programs with the same geographic restrictions as Non-Classroom Based (NCB) charter schools. Under this scenario districts would seek approval from the County Office of Education where they're located, and they'd create and submit a petition, as is required for a charter school. District NCB schools would have the same requirements as charters - master agreements, work samples, funding determinations, mandated class sizes, time caps on seat time, etc.

The districts could offer multiple tracks just as a charter school could, assuming they play by the same rules. This would change to a true competitive model where the best programs would rise and the bad ones would go away. The winners here would be the districts, but more importantly students and families, which I believe is the goal, in spite of recent legislation in California.

Yes, many districts run online programs. But the major distinction here is that with this idea, the districts could enroll students from outside their boundaries. Not all charter schools would survive under this scenario, but the good ones would thrive.

Idea #2: Establish an independent chartering board 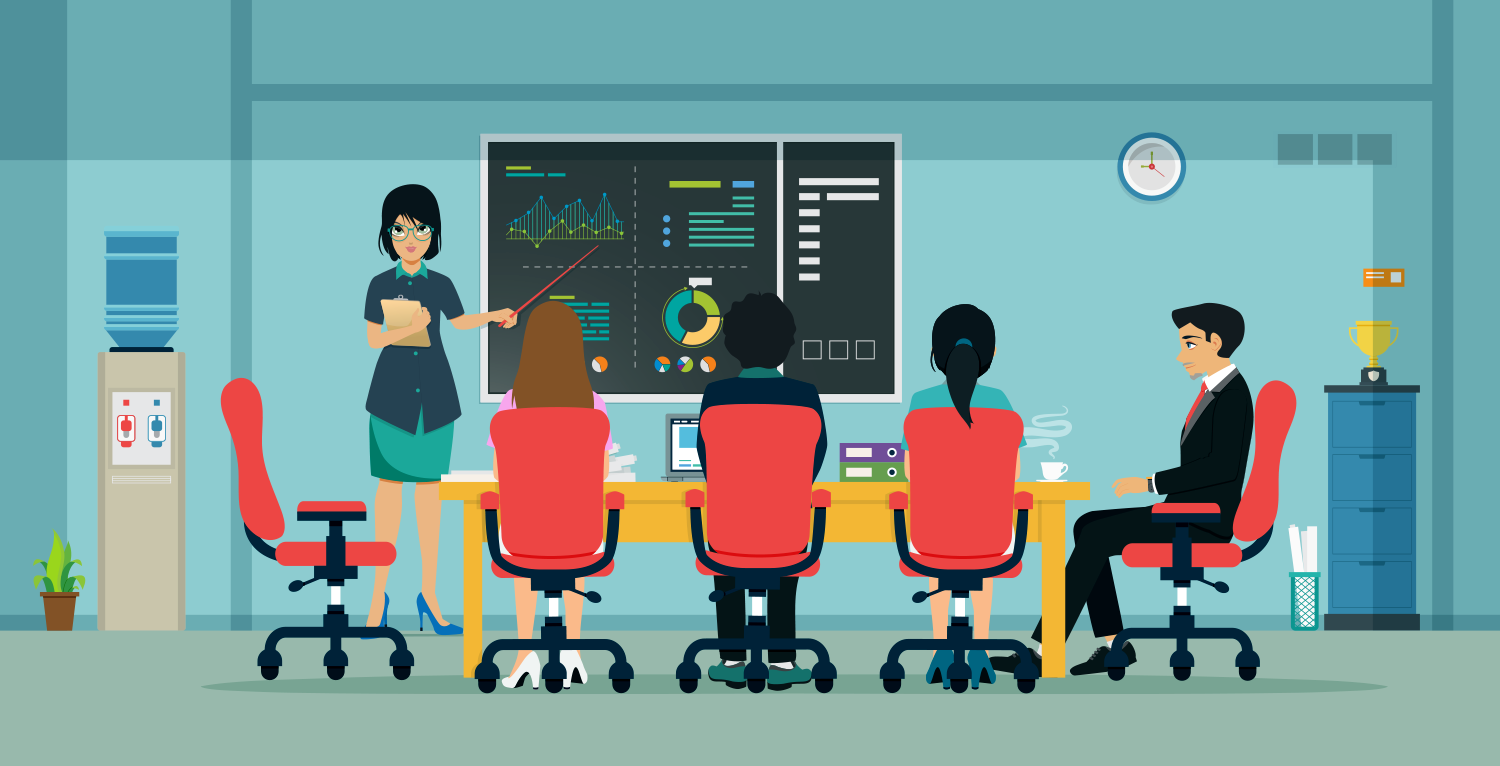 Ok, so this one is courtesy of my co-founder and isn't really my idea, but I've thought about it a lot lately. Idea #2 would eliminate districts as the primary charter approving entities and add a new, universal entity - a charter authorizing board. This board would provide fair analysis and approvals/denials based on merit, not politics. In many states this is already happening, and it eliminates the utter silliness of charter schools being forced to go to districts - potential competitors - for authorizations.

Districts could still have the option of approving charters, but the primary source would be the newly created board. Because of California's massive population size these chartering boards could be at the county or regional level. Charter schools would petition this independent entity directly, not only after being denied elsewhere. This entity wouldn't be directly associated with the county offices of education. This is notable because as it currently stands, after school districts deny charter petitions - which happens most of the time - the petition can then be submitted to the county office of education, which then usually summarily denies it based on the fact it trusts the school district denied for good reasons. Even if it didn't.

As a side note, the bigger the school district, the more resources they have to find fault with charter petitions, and the more prepared they are for any legal challenges. In fact, most districts have law firms on retainer, and after a petition is submitted, it goes to the firm. The firm then finds the "deal-killers" it's been tasked to look for, recommends denial, and the district is more than happy to do accept that legal guidance. Because really, why would Walmart want to approve the business license of a local upstart retailer? This is the primary reason new charter schools seek authorization from smaller school districts...because it's really the only realistic way to do it in California.

Another side note: allowing districts to retain the status of being authorizing entities would provide a continued channel for collaboration between school districts and charters. At Method, we partner with hundreds of schools and districts to help their students catch up or get ahead (students aren't concurrently enrolled, of course).

Introducing the independent chartering board would provide a fair and non-political conduit for well-planned charters to get authorized. This is a win for charters, and again, of course, students and families.

These solutions provide a balanced, market-driven approach to preserving what I consider to be the civil right of school choice while helping both school districts and charters thrive. It won't solve for fraud and dishonesty - which occurs at the charter school and school district levels and has been in the news a lot lately - but it would provide a means to eliminate the bad operators and reward those who focus on students and quality school experience. It could also help in eliminating the adversarial relationship between charter and districts by consistently maintaining focus where it should be - on the student.