The Value of Sportsmanship in K-12 Academics

The Value of Sportsmanship in K-12 Academics

Among all the excitement of K-12 athletics, sportsmanship often fades into the background. Despite being undervalued, sportsmanship plays a critical role in K-12 academics, a student athlete’s development, and even a student’s future success.

Wondering how important sportsmanship really is?

What Is Sportsmanship All About?

Sportsmanship describes how an athlete or spectator conducts themselves over the course of a sporting event. It accounts for qualities that promote fairness and integrity, such as respect for opponents, fair play, and graciousness during wins and losses.

Because it is considered a finer point of athletic events, sportsmanship is often put on the backburner or thought to be less important than winning. However, sportsmanship remains a critical part of a student athlete’s growth.

Why Is Sportsmanship Important for Student Athletes?

Does sportsmanship really matter for your student athlete? After all, isn’t athletic competition all about wins, championships, and a padded stat sheet?

One of the major advantages of sports is the positive character traits they reinforce in student athletes. Sportsmanship plays a big role in this learning journey. When it’s encouraged and embraced, sportsmanship can teach a student athlete lifelong lessons in humility, empathy, and how to handle disappointment constructively.

When student athletes practice good sportsmanship, they learn to work as a member of a team and lift their teammates up. Students can carry those lessons into the workforce, family life, and beyond.

It Shows Students How to Win and Lose

In the broader scheme of life, student athletes can carry lessons they learn on the field into their future. Sportsmanship helps students embrace challenges as learning opportunities. It helps them avoid blaming others for mistakes and teaches them to take responsibility for their actions. All of these life lessons spring out of sportsmanship and help students excel long after graduation.

It Helps Them Build Relationships

As humans, we want others to treat us with respect, be honest, and display integrity. All of these traits are born out of sportsmanship. Simply put, practicing good sportsmanship teaches student athletes to treat others more fairly, and that has the power to improve their relationships long after they hang up their uniform.

When college and professional recruiters evaluate high school student athletes, they look beyond a student athlete’s stat sheet. In fact, college recruiters themselves say sportsmanship plays a large role in who they seek out for the next level of competition.

Sportsmanship can signal a student athlete’s mental toughness, what their off-the-field character looks like, how well an athlete is able to handle adversity, and other critical aspects coaches want to see in potential college athletes.

Why Is Sportsmanship Important for Parents?

Student athletes aren’t the only ones who benefit from sportsmanship. Unfortunately, poor sportsmanship among parents seems to be a growing problem. In one recent survey, when asked who caused the most problems with sportsmanship, only 10 percent of participants picked players. Forty percent named parents as the main culprits.

What’s the big deal? Here are a few reasons why sportsmanship is important for parents:

Make no mistake: If you’re a parent, your children are watching for clues about what’s acceptable and what’s not. For good habits to set in, student athletes need a model they can follow. That’s why parents should serve as an example of good sports and encourage good sportsmanship themselves.

It’s Up to Parents to Lead

When parents act as poor sports, it has the potential to discourage officials. According to recent reports, nearly 87 percent of officials have experienced verbal abuse. Unfortunately, those negative experiences could be causing officials to decide taking the field isn’t worth it. According to one Coach and Athletic Director article, it has become difficult to recruit officials in more than a dozen states across the U.S. When officials leave the game because of poor behavior, it hurts the sport and lowers the quality of play for student athletes.

How to Promote Better Sportsmanship

At Method Schools, we want to promote lasting positive outcomes for students in class, on the field, and in life. Looking for more ways to help student athletes succeed?

Contact one of our distance learning experts today to learn how Method Schools is built for student athletes. 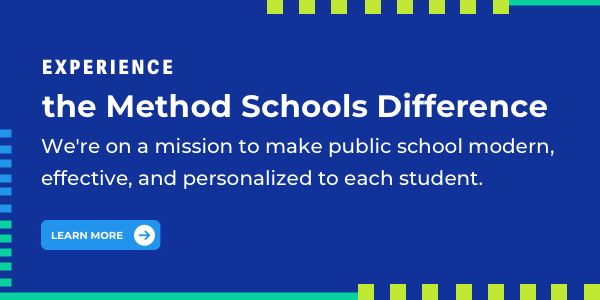 Dalton was born in Huntington Beach, California. In the time following high school graduation from Murrieta Valley High School, Dalton received a division I football scholarship to attend California State University, Sacramento. He earned his bachelor’s degree in Sociology. He is currently completing a masters degree in Education. Dalton views teaching as a calling and has more than 5 years of experience in working with student athletes.
Comments

Select an existing form you've made previously, or create a brand new one.